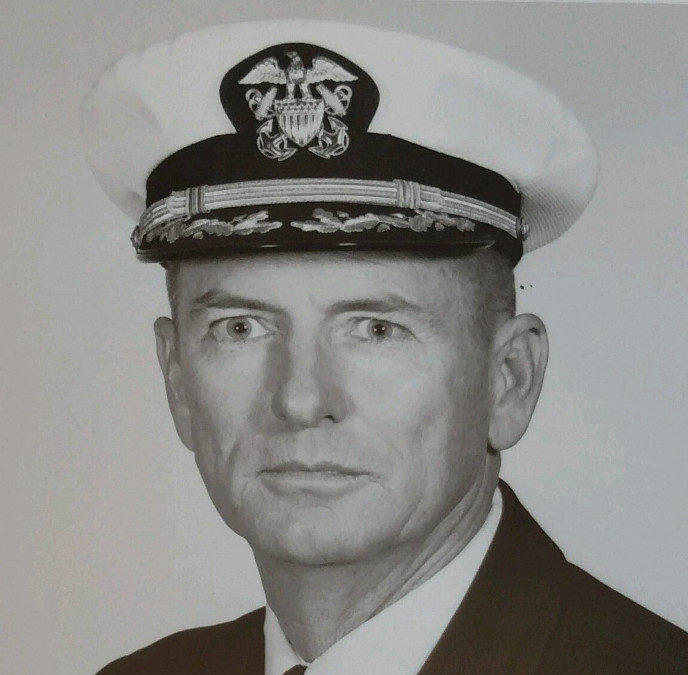 The Fourth of July is a day to celebrate our independence and to honor our military service. We take the time to honor those who have served, have fallen, and are currently serving. Many families of fallen soldiers cannot afford flag boxes, a symbol of commitment to military service which holds a United States flag and a memorial including photos, medals, and ranks. “Not being able to afford a flag box for your fallen loved one just doesn’t seem right,” Jack Carrington says.

Jack Carrington served 31 years in the Navy as a Supply Officer from 1956 to 1987. A Naval Supply Officer duties are: analyzes supplies and future needs, manages the inspection shipping and handling of supplies and equipment, evaluate bids and proposals submitted by potential suppliers, study ways to distribute space and supplies efficiently, determine the fastest and most economical way to transport cargo or personnel, and oversee handling of special items, such as medicine and explosives. Jack was born in Oakland, California and graduated from South Pasadena High School. For college, he attended the University of Arizona and later went on to Purdue University. He has been married 58 years and still going strong! In his free time, he enjoys working out at Motion 4 Life Fitness, spending time with his wife, Maridean, their Yorkie, Sparky, and most of all, working towards his Masters in Woodworking.

Jack received his first woodworking tools at the age of 5. Now in school to get his Masters in Woodworking, he uses his craft to give back to those who dedicated their life to military service just as he did. When he found out that the school was making flag boxes for fallen soldiers, he volunteered to help. Over a two-day weekend, he and the other volunteers produced 285 flag boxes. The school works with Veterans of Foreign Wars to distribute the boxes. “It’s a great way to give back to the families who cannot afford to buy one.”

Over the 31 year span in the Navy, he says, “I really enjoyed it. I got to do a lot of traveling.” Jack retired from the Navy as a Captain. Now following his early childhood hobby of woodworking, he has almost completed his Masters. He currently is working on a chest, dating back to the 1800’s, that contains a lot of family history. Jack also works out 3 days a week at Motion 4 Life Fitness and says, “It has been very beneficial for me and my wife. We both see a great difference.” Staying busy, while making a difference in the lives of the families of veterans and fallen first responders, Jack’s Service 4 Service is a prime example of how we should always give back to the community we belong to!

Director of Social Media and Hospitality